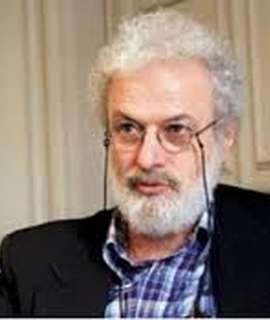 Francesco Tonucci is a researcher at the Institute of Science and Technology for Cognition , the Italian national research council (CNR).

He has worked in various aspects of child development with relation to school, family and the city. He has been involved in the training of teachers for both infant school and environmental
education. He is the brainchild and co ordinator of the international project "The city of children" , which has a network of over 200 member cities in Europe and South America.

For the past forty years he has been commenting on his research and activities with satirical cartoons, with the pen name of Frato. In 2003 he was named as Professor Honoris Causa of the Faculty of Education at the Catholic University of Lima (Peru), and in 2011 and honorary doctor of the Universities of La Plata and Santa Fe (Argentina). He has three children and two grandchildren