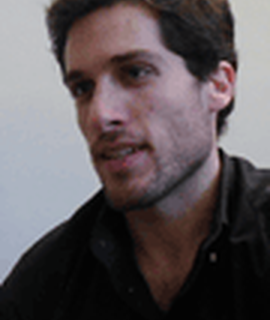 T Correia graduated in Sociology and Planning (2007) and completed a PhD degree in Sociology (2011) both from the Lisbon University Institute-Portugal (ISCTE-IUL), followed by the appointment as a post-doctoral fellow at different institutions (Faculty of Medicine, University of Montreal, 2011; McGill University, 2012; FCT-Portugal, 2013). During his scientific career, T Correia edited 2 books, authored 3 chapters in books (2 more in edition), published 13 papers in top specialty peer-reviewed conference proceedings and 13 articles in peer-reviewed journals (2 more submitted), either as a single author or in co-authorship with colleagues from different Universities, including in top specialty and multidisciplinary international peer-reviewed journals in the subjects he has devoted to his attention, including in Health Sociology Review; BMC Health Services Research and Interface. His professional pathway has been widely acknowledged, as it proves the appointment as an external consultant for the International Labor Office (ILO, Genève) for the provision of expertise on scientific methods; as a representative member for Portugal in leading R&D networks (COST Action IS0903 'Medicine and Management' funded by European Science Foundation; International Research Infrastructure on Social Inequalities in Health funded by Canada Foundation for Innovation); and his participation as a key-note speaker under the invitation of agencies and Universities across Europe, Canada and Brazil, including the World Health Organization Collaborating Center for Health Workforce Policy and Planning (WHOCC-IHMT). Awarding his scientific merit, T Correia has received distinctions and prizes from Portuguese and international institutions (SAGE, 2013; University of Montreal, 2011; European Sociological Association, 2011; European Science Foundation, 2010; Portuguese Ministry of Science and Technology, 2006, 2007). T Correia currently supervises 3 PhD students, one of which at Sao Paulo State University, Brazil, on topics related to his field of expertise in medical sociology; organization studies; health policies and qualitative methods. On these topics he also has taught at different Portuguese Universities, namely at Egas Moniz High Institute of Health Sciences (2008-2011) and at ISCTE-IUL (2012-present) and co-chaired leading scientific meetings such as the International Sociological Association Research Network 52 (sociology of professions) interim meeting in 2013 on Policies, Publics and the Professions and the meeting Portugal in the Trend of Health Reforms: an Insight from Social Sciences held in 2012 sponsored by Friedrich Ebert Foundation (Germany). He is currently serving as editor member of Modern Social Science Journal and American Journal of Sociological Research and reviewed articles for the journal Health and Health Sociology Review.