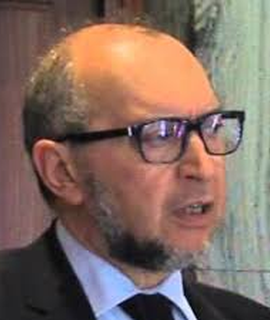 Rui do Carmo has a degree from the Law Faculty of Universidade de Coimbra
Retired federal attorney.

Coordinator of the team for the Retrospective Analysis in Homicide on Domestic Violence
Associated Researcher of the Center for Social Studies of the Universidade de Coimbra
Member of the Family Law Center of the Law Faculty of Universidade de Coimbra
Teacher of Masters in the areas of Judicial Law and  Family, Children and Probate Law, on Universidade do Minho.
Invited professor at the Faculty of Psychology and Educational Sciences of the Universidade de Coimbra (2013/2017).
General  Attorney at the District Attorney's Office, Coimbra (2011/2016)
Federal attorney in the Court of Family and Minors of Coimbra (2004/2010)
Director of the Public Prosecution Service's Journal (2005/2010)
Co-director of the Center for Judicial Studies (2001/2004; 2010/2011)
Lecturer at the Center for Judicial Studies in the area of ​​criminal law and criminal procedure (1996/2001)
Author of several studies on subjects of criminal law and criminal procedure, family law, children's rights, communication in justice and training of magistrates