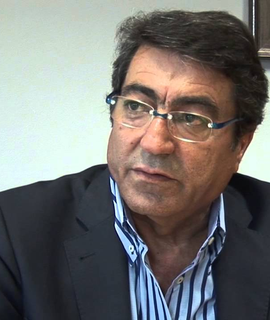 SICAD - General-Directorate for Intervention on Addictive Behaviours and Dependencies

João Goulão, M.D., is the Director-General of The General-Directorate for Intervention on Addictive Behaviours and Dependencies (SICAD) in Lisbon, Portugal. SICAD’s main responsibility is to promote the reduction of the use of licit and illicit substances and the decrease of addictions in Portugal.

Dr. Goulão was originally a family doctor and has become a leader of Portugal’s drug policy reform movement. He was part of the expert panel who developed the initial recommendations for the decriminalization of drugs presented in 1998. He graduated from the University of Lisbon’s Faculty of Medicine in 1978, and became a general practitioner in 1983. He joined the Taipas Centre in Lisbon when it was established in 1987 by the Portuguese Ministry of Health for the treatment, recovery and social reintegration of drug addicts. In 1997, he became the national director of the network of drug treatment centers in Portugal. He is currently the Chairman of EMCDDA, also based in Lisbon.